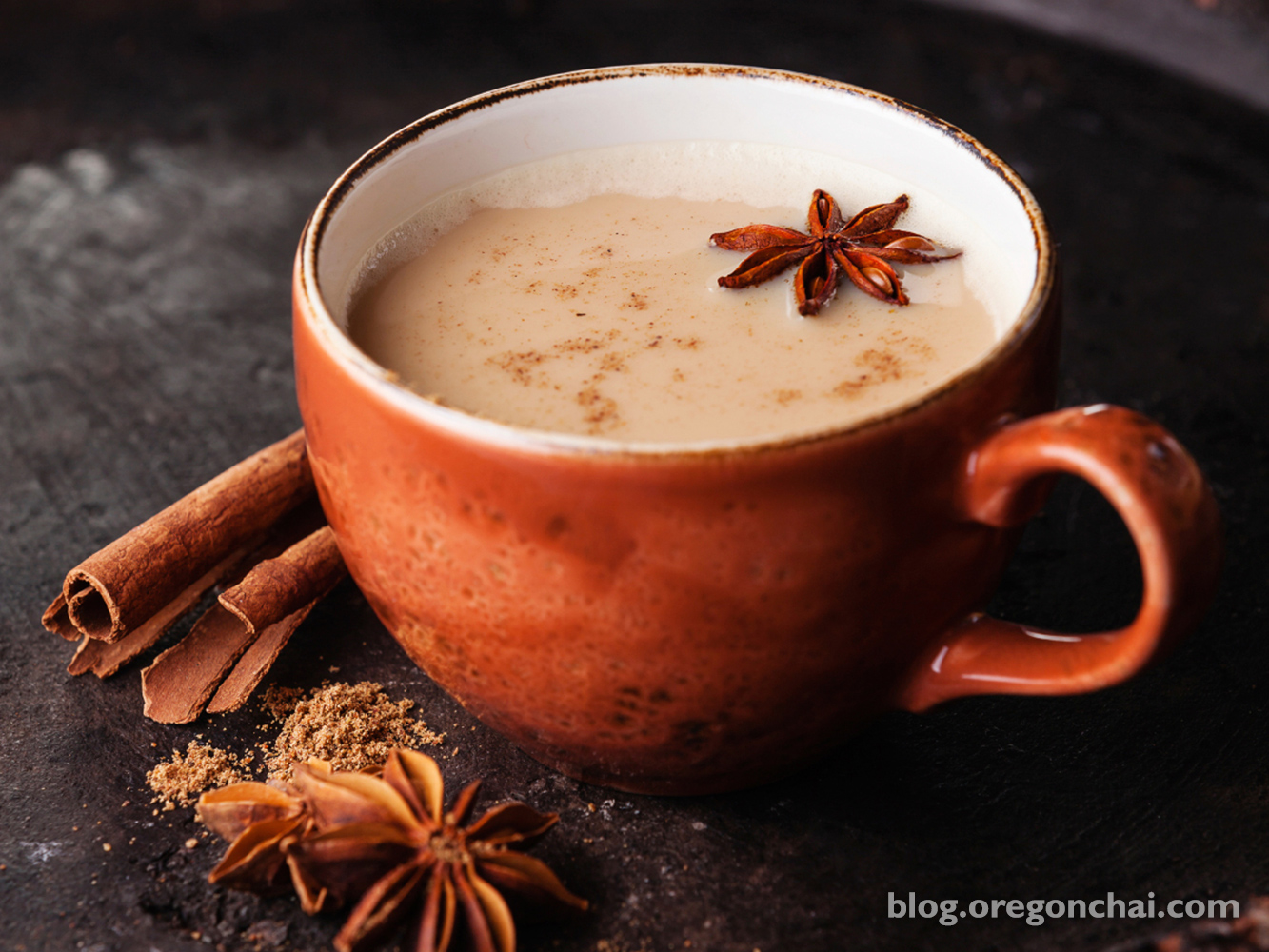 The delightful steaming treat steeping in your mug at this very moment has a rich history that dates back more than 5,000 years. Your favorite chai tea, which includes Assam black tea and a mix of aromatic spices, has been passed down from generation to generation, only to turn up in your cup today.

Chai comes from the Hindi word meaning “tea.” While the exact origin of traditional masala chai is up in the air, original chai tea owes its roots to South Asia. Beginning in the Assam region of India, the native tea plants were originally used in ancient times by South Asians as herbal medicine rather than as a recreational beverage, appearing to cure simple ailments including the common cold. Proven health benefits from antioxidants is one of the many reasons chai tea is so well loved today.

While traditional chai spices mixed with black tea include cinnamon, star anise, cardamom, cloves, fennel, ginger and peppercorn, chai recipes varied from household to household and region to region as they were passed on through the generations. The modern day chai latte was derived from steeping Assam black tea in boiled whole milk instead of water.

By the early 1700s chai tea culture spread from East Asia to Western Europe. In the 1830s the British East India Company, fearing the Chinese monopolization of the tea industry worldwide, began cultivating the crop in British India. This event established India as the major supplier of the popular pick-me-up we know today.

The introduction of the morning must-have swept over India, with two or three cups of chai becoming routine for most. In the 1900s, traditional chai tea found its way into the far reaches of the globe and later in the century became the popular beverage known today.

In 1994 the founder of Oregon Chai discovered Southeast Asia’s take on black tea and introduced it in the United States. We’re celebrating 20 years of holding true to our chai roots and creating new tea traditions.

Do you have any chai tea history to share? Let us know in the comments.

Tags: History of Chai, Traditional Chai, What is Chai